Posterior Tibial Tendon Dysfunction (PTTD) also referred to as Adult Acquired Flatfoot is a health disorder instigated by alterations in ligament thus weakening its capacity to support the arch. The result is a flattening of the foot. PTTD mainly affects adults who are beyond the age of 50 years. Also, women are often affected by PTTD more than men do. This condition is associated with hypertension, obesity, and diabetes. Individuals with PTTD usually live with PTTD all their lives. However, as some point, one foot develops pain and deforms. Health experts do not have a sufficient explanation for such phenomenon. 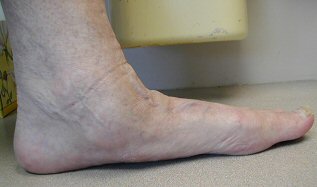 According to Napiontek and Jaszczak (2017), PTTD does begin with a continuous stretching and weakening of posterior tibial tendon, which is a critical tendon that supports the arch of the foot. If not treated, the tendon consistently lengthens and finally rapture thus causing a progressive collapse of the foot’s arch (Napiontek & Jaszczak 2017). The first symptoms of PTTD are pain and swelling in the inner ankle and arch of the patient. Hence, during early stages of PTTD, a patient is diagnosed with “tendonitis” of the inward ankle. During this early stage, if the ankle and foot are not adequately supported, the posterior tibial tendon may rapture and severely affect the ankle and foot structure (Houck, Neville, Tome & Flemister 2009). That is, a progressive PTTD will then make the heel to roll inwardly and the forefoot to switch outward forming a “duckfooted” walking design. Finally, such occurrences may bring about severe arthritis in the foot’s joints, ankle and the knee (Napiontek & Jaszczak 2017). 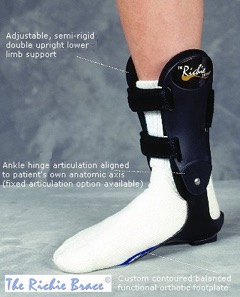 For over seven years, more than 20,000 PTTD patients have had Richie Brace® successfully prescribed for them. Richie Brace® which is a configured footplate that aligns upwards with the leg is ideally fit to control the irregular pronation of the foot due to PTTD. Most patients prefer lightweight and low-profile designs of Richie Brace®. It is because they are more comfortable than the old fashioned long-legged and compact shell foot design. According to Losito (2017), Richie brace ankle and foot brace has proven to be an excellent choice for balancing the foot and attaining utmost talocalcaneal joint and ankle firmness (Losito 2017). Hence, the effectiveness of Richie Brace® has made it the preferred way of non-surgical treatment of PTTD. Mo has adopted the Richie Brace® to treat patients suffering with PTTD. The prescription of the Richie Brace® has allowed a large number of Mo’s patients to keep away from surgical intervention.

Due to the current COVID-19 situation, Narrabeen Sports and Exercise Medicine Centre are asking all visitors to wear a mask to your appointment. View our COVID-19 Operational Plan (click for info).